I learned just this morning that both of Lady Gaga’s French bulldogs have been safely returned. You have probably seen surveillance camera footage of her dog walker being shot and knew that a $500,000 reward had been offered for their safe return. At about 6 PM PST, after the evening news cycle, a woman who says she found the dogs brought them in to an LAPD office to meet with detectives and Gaga family representatives. Her identity and the location the dogs were found is being kept confidential due to the ongoing criminal investigation. The reward was offered “no questions asked” but a person was shot in the chest so you can bet the police still have some questions. The dog walker’s condition has been upgrading to stable and he continues to recover.

My wife is happy about this news. This story has gotten so much coverage this week it means there is no other more important news. Buildings are not being bombed, the Capitol isn’t being stormed, entire states are not being buried under several feet of snow and ice this weekend, etc. Headlines about Gaga’s dogs and Mars rover pics are good indicators that at least some things have settled down.

You can follow the Perseverance Rover on Twitter. Hobbies include photography, collecting rocks and off-roading. That’s adorable. Someone pointed out, and not for the first time, that we can get full HD images and video all the way from Mars but every bank surveillance image looks like it was captured in VGA quality on equipment from the late 90’s. Yeah, those Perseverance selfies cost $2.6 billion. Unless you want ATM and checking account overdraft fees to increase by a factor of several thousand, don’t expect your bank to hire NASA to do install security cams.

Some doctors have seen zero cases of the flu so far this season. It’s hard to compile numbers for the current year until after but the CDC does keep a running total of pediatric deaths. So far this year there has been one, compared to 92 this same time one year ago. We would normally see 600,000 to 800,000 cases and 50,000 to 60,000 deaths in a typical year but this year there have been practically none (again we won’t have exact numbers for some time). It should come as no surprise that mask wearing, social distancing and the lack of anywhere to gather in large numbers has slowed what had been the most worrisome infection disease to a halt. The bad news is that there are so few flu cases that doctors cannot analyze the effectiveness of this year’s vaccine and make predictions about which strains will be the most prevalent next year. Sometimes those predictions are terribly wrong anyway but it might not matter. If mask wearing and social distancing continue into 2022 there shouldn’t be any flu outbreak next year either. Some experts predict that mask wearing and at least some social distancing protocols may become seasonal, reappearing every fall and winter. It would not be a total shutdown but if the more susceptible members of our population are vigilant then we may never see 50,000 flu deaths in a single year again.

Where else but Florida? I’ve seen face masks with mouth holes cut out of them and masks that surround the entire face and musical instrument. This is the next… logical step… in band practice safety. But I wonder: if you spend 60 minutes in your personal tent, blowing hard through your brass instrument, wouldn’t you fill that confined space with millions of virus particles if you were infected? What happens when everyone unzips and exits their pods at the same time? Imagine a smoker zipped up in one these and puffing away. The smoke is coming out with the smoker, if not floating visibly in the air the soaked into his or her hair and clothing.

Too many news stories this week, let’s talk about something else.

Sony Dream Machine clock radio – Before the LED number display this product had physical digits that flipped over, much like the GE clock radio that your parents or grandparents may have had. It’s one of those things you see memes about because in the 70’s or 80’s so many homes had exactly the same things; wood frame couch with the brown cushions, Rubbermaid pitcher with the button in the lid, you know. Let me tell me you about my clock radio. That pic is a screen shot but my parents gave me one exactly like that when I started high school. Dad handed me the box and blankly said “I’m not waking you up anymore.” I woke to that alarm all four years of high school and then through college. It went with us when Teresa and I got married and moved into our first apartment. She had a GE clock radio oddly enough and those things were made back when products were meant to last forever. Like a lot of people I quit wearing a watch and just looked at my phone to see what time it was. Even though this clock radio continued to sit on my nightstand, my cell phone offered more options to program multiple alarms and on different days of the week. Last fall when my mother, who is now 80, set her alarm clock back to standard time it went kinda glitchy. She asked if I had one she could borrow. So the same clock radio they gave me 30 years earlier I was able to give back to her. My phone is my alarm, camera, music player and sometimes a telephone. I recently started wearing a watch again but one that connects to my phone and also counts steps and records heart rate. I don’t listen to a lot of AM or FM radio but plenty of XM satellite radio in my car. I’ve gone through several televisions, microwaves and computers over the last 30 years but that little Sony Dream Machine just keeps doing what it does.

This week: A Note from God, and the iMonk goes a bit nuts over legalism. That’s how Michael Spencer described this podcast on his original post back in the day.

END_OF_DOCUMENT_TOKEN_TO_BE_REPLACED

Meanwhile on Twitter. Read the question. Consider the responses. Give it a minute if you have to.

END_OF_DOCUMENT_TOKEN_TO_BE_REPLACED

Note: Up until recently, if Michael mentioned a comment thread or an IM blog post I could link to that post on the IM website. Sadly it’s all gone. 20 years of archived posts, guest posts, comment threads as well as an extensive blogroll and lists of resources and Mike Mercer threw it all in the trash. That was his decision to make. My decision is to continue sharing these podcasts which are the most downloaded files from my blog on an ongoing basis so I know Michael Spencer fans are still out there.

END_OF_DOCUMENT_TOKEN_TO_BE_REPLACED

Half the fun of watching the Super Bowl is the commercials. This T Mobile spot is hilarious. A lot of hype has been made over Tom Brady leaving behind a long and successful career in New England only to immediately return to the Big Game with Tampa Bay. I noted on Facebook that Brady threw three touchdown passes, two of them to Rob Gronkowski, so it’s true that the Super Bowl is never about one guy. This one was about two guys. Fun fact: the original ad T Mobile produced mentioned Tampa Bay specifically. The ad in its original form was rejected and the words “Tampa Bay” were replaced by the more generic sounding “Florida.”

END_OF_DOCUMENT_TOKEN_TO_BE_REPLACED

At some point after the intro Michael is going to call this podcast number 124 but you’re in the right place. We’ll have 124 next week.

Is the church sanctuary a sacred space? What does that mean to you and how has that concept changed over time?

With seven wins Tom Brady breaks his own record as the oldest quarterback to win a Super Bowl. Of the 55 Super Bowl games played, Brady has won 13% of them. If that doesn’t make you happy, maybe the Wayne’s World or “Edgar” Sissorhands spots did it for you.

END_OF_DOCUMENT_TOKEN_TO_BE_REPLACED

Pizza Hut rolls out Detroit style pizza nationwide. Your next question is probably “What is Detroit style pizza?” Well the first thing you might notice in the image is that this pizza is rectangle. It’s a picky little detail but Chicago style deep dish is usually round. The major difference is that while Chicago style pizza forms a deep dish and fills it with toppings, Detroit pizza has a much thicker crust. My wife’s complaint about Little Caesar’s Deep Deep Dish is that it’s not really deep dish pizza just a lot more bread. That’s Detroit style in a nutshell. Click here for more in depth analysis.

END_OF_DOCUMENT_TOKEN_TO_BE_REPLACED 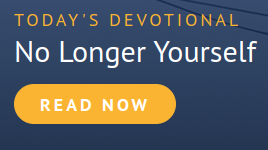 Little children, let us not love in word or talk but in deed and in truth.
1 John 3:18