The Pharisees ask Jesus for a sign on two separate occasions, in Matthew 12 and again in Matthew 16.  Both times Jesus replied that a wicked and adulterous generation seeks after a sign.  In the second case, Jesus had just miraculously feed a crowd of 4,000; but if he showed them one more sign, then they would believe.

I hear the same argument today all the time.  There are websites of former Christians who have “deconverted,” and they share their experiences of how and why they left the faith.  A common reason sited by atheists for their non-belief is that God has never proven himself to be real.  If God would offer undeniable proof that he exists, if the Bible could be proven to be true, then they would believe.  If God would just give us one more sign.

The heavens declare the glory of God, and the sky above proclaims his handiwork. (Psalm 19:1)  The billions of stars in the sky, the sun, the moon, the countless galaxies are not to cause us to say “If there is a God, he wouldn’t concern himself with us.”  All those things were placed by God in the heavens to declare his glory.  He’s showing us what an awesome and powerful God he is.  Romans 1:20 says that creation reveals God’s eternal power and divine nature, so that all are without excuse.  The whole of creation gives glory and honor to God who created it.

The exeption, of course, is humanity.  The only creation he made in his own image, and with all our intellect we have become “too smart” to believe in an invisable man in the sky.  (Romans 1 goes on to say that proclaiming themselves wise they became fools.)  But he did not remain invisible in the sky.  God’s attributes, glory, divine nature and power were displayed for all to see in the heavens.  God further revealed himself as Emmanuel, God with us.  Jesus walked the earth, eating, drinking, weeping – suffering all things common to mankind.  He was the image of the invisible God (Col. 1), the revelation of God that we could touch, see and hear.  And God’s gift of mercy and benevolence was nailed to a tree, the penalty for his “blasphemy.”  With all the people in the world today who claim to be searching for God, and he’s standing right in front of us calling out for us to look at him.   If he would only show us a sign. 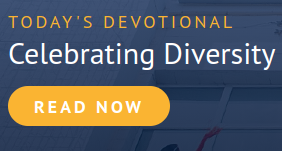 Long ago, at many times and in many ways, God spoke to our fathers by the prophets, but in these last days he has spoken to us by his Son, whom he appointed the heir of all things, through whom also he created the world.
Hebrews 1:1-2