There are some discussions/debates that are purely academic in nature, meaning that they have no real bearing on anything practical.  Is Superman strong enough to beat up the Incredible Hulk?  It doesn’t matter who wins the debate, there is no practical application for the results.  Since the characters are fictitious, there is no way to actually know the answer.

Some questions are impossible for us to answer, yet we debate them endlessly.  Even if we knew the answers, I’m convinced that in some cases it wouldn’t make any difference.  And yet in Christianity we resort to calling each other heretics, apostates and false teachers when we disagree about issues that in the real world on a practical level do not matter.  The debate is purely academic in nature.  We cannot know who is right, and in the greater sense of sharing the Gospel and building the Kingdom it doesn’t matter anyway.  I have two such examples in mind.

1) How old is the earth?  For this discussion, let’s limit the possibilities to two; 6,000 years or else 4.5 billion.  The young earth creationists calculate the age of the earth to be 6,000 years based on the recorded generations from Adam to the birth of Jesus.  This means that some things in our universe are young, despite having the appearance to scientists of being old.  If the earth really is only 6,000 years old, then the Creation Museum is dead on with their saddled-up T-rex exhibit.

Many Christians have no problem accepting the scientific findings that indicate the earth is over 4 billion years old. Then we get into weird permutations of this argument over whether or not God used evolutionary processes to get the biological diversity that exists today.  Here’s where I come down on the age of the earth debate: It doesn’t matter.

I teach history at private Christian school.  If the sky parted tomorrow morning and an audible voice said that the earth is 6,009 years old to the day, I still plan to give a South Asia test to my geography students.  On the other hand, if creationists and geologists have a town hall meeting to announce they agree on the old earth hypothesis, and Billy Graham is there to tell evangelicals to believe it, I’m still giving the South Asia test.  My message in the pulpit of how God is gracious to forgive our sins will not change.  My wife will still by 37 weeks pregnant.   We are all still obligated to love our neighbor was our self.  No matter how long it has been here, this heaven and earth will pass away when God creates new ones.  That’s the only thing that matters.

2) Has God predestined and elected those he will save?  I don’t know why I still debate 5 Point Calvinists, but I do.  At the end of the day, neither they nor I are willing to change our minds.  That alone makes the debate academic.  In that particular discussion, neither party is even listening to what the other has to say, just waiting for their turn to speak.

I know beyond the shadow of a doubt that my sins have been washed away by the blood of Jesus Christ, and I will dwell in God’s presence for all eternity.  Whether I believe that I choose to accept salvation or God pre-determined my salvation before the world began (presumably between 6,000 and 4.5 billion years ago) is a moot point.  I am saved; how God saved me is not the issue.  Debating that fact will not change it.

Some of the most adamant 5 Pointers I know (my own pastor being one of them) are the also the most vocal evangelists.  My church pastor travels once or twice a year to Haiti.  He trains local pastors to minister to their own people.  We send basic supplies like aspirin, band-aids, and hydrogen peroxide – as well as money – with him when he goes.  He believes that from the mansions in Beverly Hills to the third world nation slums, people need to hear the Gospel preached.  As long as he and I are “in the trenches” so to speak sharing the name of Jesus Christ, then predestination is an academic discussion.  As long as we are building the Kingdom, does it matter which of us is right on this issue?  And if you’re nodding you’re head, keep this in mind: we cannot know in this lifetime which one of us is.

Finally: Arguing loudly in public (on radio, television and Internet) about such things as the age of the earth and Limited Atonement is not what the world needs to see and hear Christians doing.  Regardless of how old the rocks in my garden are, the lost need to hear that God loves them.  When Christians slam one another with vicious and cruel attacks on their character, we all loose credibility with the very people that  need to trust in us. If we can’t even agree with each other, why should anyone else listen to us?

Some things matter more than others.  I hope on this we can find common ground.  The Gospel must be preached to the nations; we as Christians must become more like Christ; the hungry need to be fed, the naked clothed, the thirsty given a cup of water in Jesus name.  We must be the salt and light, and in so doing make a difference in this world.

2 thoughts on “Discussions That Are Academic” 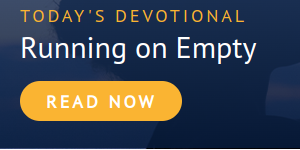