During his lifetime Jesus was an observant Jew.  But doing more and more religious things is not the same as living a life that is being transformed into the image of Christ.  The following was originally published June 22, 2009.

I’ve said before that the problem with religion is that it’s easier than following Jesus.  It is usually a given that something is wrong with us, wrong with the world, perhaps critically or else just a little off, but most people agree that something must be done because all is not right in the world as it is.  Religion, in most cases, offers us the chance to do something.  If we read the right book, say the right things, act right, talk right and treat each others the right way we can “fix” what is wrong.  Religion, as such, is worthless.  But what could I mean that Jesus was not religious?

The religious leaders of his day were the Pharisees, and a careful reading of the Gospels shows that Jesus never really had much good to say about them.  He was always willing to share with anyone seeking to understand the truth (i.e. Nicodemus), but as a group Jesus was most likely to call them hypocrites, false teachers, spiritually blind, and sometimes worse.  The Pharisees were the ruling sect of Judaism, and had studied the Law and Prophets well.  But they were sort of like lawyers of their religion.  God had given Moses the Law, certainly, but it was in order to teach people what God was like.  What kind of God would give a command for his people not to kill each other?  Jesus condemned the Pharisees for keeping the letterof the Law but not the spirit of the Law.  They were so legalistic they had missed God.  He reminded them on one occasion that the Sabbath was made for man, not man for the Sabbath.  The religious leaders were very religious, but were not teaching the people how to find God.  They were pushing the rules, like first century hall monitors.

Jerusalem was the religious capital of the Jewish world, but Jesus is seldom there.  It is debatable how much time he spent in Jerusalem (we know he entered the temple on occasion, and certainly attended all the required – and some optional – Jewish festivals) but most of the Gospel stories take place on a mountain somewhere, in the wilderness, on the Sea of Galilee, in some tax collectors home, in a cemetery, or else in Samaria of all places.  Jesus went up to Jerusalem from time to time, but those were usually not happy visits.

If Jesus had been interested in religion, he would spent a lot of time in the Jerusalem temple.  The Pharisees would have all been his pals.  Jesus was not interested in religion, nor how religious a person could be.  He wanted people to know that God wanted a relationship with his people.  Jesus said that God’s people would worship Him in spirit and in truth, not on this mountain or in that temple.  Jesus turned the religious world of the Pharisees upside down with his sermon on the mount.  He challenged their notions about tithing with his observation of the widow’s mite.  Jesus broke the Sabbath laws, ate without washing his hands, and had disciples that did not fast.  But he knew more about God than the Pharisees had learned in 4,000 years.

The goal of the Christian should be to become more Christ-like.  There are plenty of religous Christians out there, I know this.  Sometimes they make all of us look bad.  But religion is worthless; Christ is of utmost worth.  Read the Gospels.  Study the parables.  Listen to what Jesus is telling us, and strive to have the mind that he had.  He lowered himself in humility to become not only a human being, but one that was obidient even unto death.  All so that we could know God.  If we have seen Jesus, we have seen God.  Are we trying to see Jesus?

It’s not about what we do, it’s about what Jesus has already done.  That’s the Gospel message.  This is the good news.  Have you shared the good news lately?  Do you give a dollar (or ten) to the beggar on the sidewalk, or just feel glad when you walk by that you’re not in his place?  The Pharisee thanked God that he was not the tax collector, you know, the one who fell on his face and asked God for mercy.  Guess who Jesus said was righteous.  Do you walk into a room and pick out who’s going to hell, or make sure that every person you meet knows how to get to heaven?

Jesus was not religious.  He was in a relationship with God the Father, and wanted the same for us.

If we have the heart of Jesus, we will not be religious either.  If we do what Jesus would do, we will spend time in prayer because we seek after God and desire to be filled with his spirit.  We will read the Bible to learn of his tender mercies.  We will tell others the good news of Jesus Christ.  We will tithe – and give – to our local church, charitable organizations, and to missions.  Not in order to be religious; because we are seeking after God and his righteousness.  There are a lot of good religions out there.  There is only one Way, Truth and Life.

3 thoughts on “From the Archives: Jesus Was Not Religious” 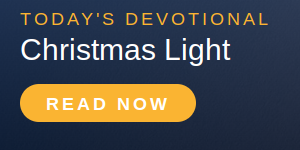