Is Mitt Romney a Christian?  Are Mormons Christian?

Many others have already posted on this.  Here’s the article that got me thinking.  My issue has less to do with Romney’s faith than with the significance of a candidates faith when considering a president.  But first things first.

Are Mormons Christian?  The short answer is yes, but it comes with a lot of baggage to unpack.  Mormons, who would prefer to be called Latter Day Saints or LDS, read the Bible and believe in Jesus Christ.  Anyone worshiping Christ is a Christian in that sense.  As a believer in Christ, Romney falls in that classification.  But that’s not all Mormons believe.  The Book of Mormon is believed to be “another testiment” of the Lord Jesus Christ.  Short version: Joseph Smith, early in American history, was led by an angel to some hidden golden tablets.  He copied down the scripture they contained, and then the tablets disappeared.  Mormons read the Bible and the Book of Mormon, which no other Christians believe in.  Considered by some to be a cult, they are not in the mainstream of Christianity.  If you are not a Mormon, their beliefs about Christ are not the same as your beliefs about Christ.  I’m going to leave it at that.

In 2008, conservatives that did not want Obama to take office did two things I consider underhanded.  Politics is dirty business and, make no mistake, both political parties play dirty.  The birthers are still hanging in there with their fight to have Obama removed from office on grounds of constitutionality, claiming he was born outside of the United States and therefore cannot be elected.  In 2008 it was nothing more than an attempt to lure votes away from his bid for presidency.  From a practically standpoint, that ship has sailed.  What difference would it make now?  The second thing people did who didn’t want him elected was call him a Muslim.  Yes, his name is Barack Hussein Obama.  His middle name is the same as a former mid-east dictator.  When his parents named him 50 years ago, it must have been part of a radical Muslim terrorist plot to destroy America.  My middle name is Joe, no relation to Stalin.  Painting Obama as a Muslim not born in the United States was not enough to keep him from becoming president.  But they tried.

Is Mitt Romney a Christian?  A question being ask by fundamental evangelicals across the nation.  Well, the man currently in office is the one you accused of being Muslim four years ago.  I know conservative Christians personally who aren’t sure if they can vote for Romney with a clear conscience.  Not voting for Romney is like casting a ballot for Obama.  My biggest gripe is this: what difference does it make?

Mitt Romney is not running for president of the SBC.  He is not being considered as my local church pastor.  He is running for political office, to be president of a country with no state established church.  As far as that goes, does it matter if Obama is a Muslim?  The President is one person.  He could not make Islamic Law the law of the land without a majority in both houses of Congress.  Such a measure would be struck down by the Supreme Court on constitutionality.  The POTUS is a very important and powerful individual, but I think we sometimes forget he is not the Federal Government.

The President is not a religious leader; we’re not electing a Pope in November.

Mitt Romney is a Mormon, which tells conservative Republicans a lot.  He is a family values man, and is strictly morally conservative.  He is opposed to abortion and believes in prayer.  It takes a lot of faith and courage to be the brand of Christian he publicly proclaims to be, which speaks to his character.  If Romney is to be elected, the Republican party will have to unite behind him.  If evangelicals cannot do that, Obama will certainly be in office four more years.

18 thoughts on “Is Mitt Romney a Christian?” 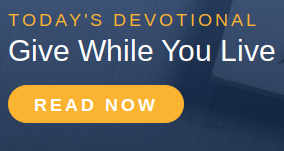