Over the weekend I got a rather feisty comment on my Ellen DeGeneras post from February (link).  The commenter railed on Christians that would still shop at JC Penny after they “actively supported this!”  I thought the article was clear that what the retail chain supported was buying more stuff; they sell lots of women’s clothing and DeGeneras is a public iconic figure that wears women’s clothing and probably knows a thing or two about shopping.  Mr. Smith, in his comment, used words like faggot, queers, and terms such as “the homos” and suggested we would talk about his language while ignoring the depravity around us.  Which does beg the question: What should the Christian response be to the proliferation of homosexuality in our culture?

There was some backlash to JC Penny selecting DeGeneras as their spokesperson in February, organized by a group known as One Million Moms.  More recently President Obama repealed the military’s Don’t Ask, Don’t Tell policy and even had a Gay Pride Day at the Pentagon.  Pictured at top is the infamous Rainbow Oreo, posted on Twitter as part of their 100 years of Oreo celebration to coincide with Gay Pride Month.  Oreo is part of Nabisco, a subsidiary of Kraft Foods.  The cookie isn’t really for sale, as some of the creme colors don’t even exist.  But even if they did, should boycotting everything made by Kraft be our response?

My readers know that I’m not one to advocate fighting the culture war (Should Christians Fight the Culture War, May 2008).  My response to David Smith was that “the homos” are not the enemy.  Sin is the enemy, Satan is the enemy, we wrestle not against flesh and blood but powers and principalities.  All people are made in God’s image, and Christ loved and died for us while we were yet sinners.  Yes we are surrounded by depravity, but each of us were depraved before coming to Christ.  We have been made into new creatures, but once we (presently Christian) were old creatures, enslaved to sin and spiritually blind.  Sinners are the mission field, not the enemy.  The fields are white unto harvest, but if we alienate those in the field with the language of hate, intimidation and self-righteousness, we cannot then reach them with the Gospel.

I do not celebrate gay pride.  The Old Testament and New Testament agree that homosexuality is sin, and I have not quit preaching that message.  But sermons about homosexuality are common place; when is the last time you heard a sermon on pastors addicted to internet porn?  Just like two men having sex is sin, a married man having sex with another woman is sin.  A married man desiring another woman is sin.  We (Christians) were once slaves to sin, and now even as slaves to the Gospel continue to fall short each day of sinless perfection.  Paul considered himself chief among sinners, doing the thing he hated and not doing the things he knew he should.  It was the Apostle Paul who said the spirit is willing but the flesh is weak.  We are all sinners, Christ died to save sinners.  That is the Gospel.  Finger pointing and name calling?  Not the Gospel.

The Samaritan woman at the well was an outcast even in her own community.  Other women didn’t talk to her, and men did associate with her in public.  Jews did not typically deal with Samaritans at all.  But Jesus speaks to her, listens to her, and shares the good news with her.  He and the disciples stayed around for several days and there was a great revival in that town.  What would Jesus do?  We always see Jesus talking to sinners, eating with tax collectors, touching lepers and sharing with the poor.  Jesus left the glory of heaven, at the right-hand of God the Father, and descended to our level.  He did not just condescend to man’s level, but was born to an unwed mother in a feed trough in a stable.  As he hung on the cross to die, he prayed for the people that were killing him.

We are commanded to be like Christ.  Jesus left his home in heaven and came to this world, a sinful, fallen and broken world.  He was surrounded by depravity.  He was not soft on sin, and did preach on hell.  But he did more than rant and flip over tables in the Jerusalem temple – he also went into the homes of tax collectors, prostitutes, lepers, the urban poor and fishermen.  Then he commanded we do the same.  He washed the disciples feet, illustrating humility and service.  Read Philippians 2 – we are commanded to be like that.  We are to love as Christ loved, and anything less is falling short.

This world is full of sin, homosexuality being just one of many.  If we protest gay pride by not shopping at J.C. Penny, not eating anything made by Kraft, not serving in the military, not visiting/purchasing/watching anything Disney, then we are not going into the mission field.  Someday we’ll all be sitting in the church basement eating Chik-fil-A with the windows boarded up.  I leave you with the Great Commission: 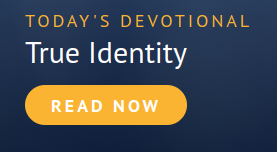 Jesus said to them, “I am the bread of life; whoever comes to me shall not hunger, and whoever believes in me shall never thirst.
John 6:35