I opened the floor for comments on Santa and got them.  I didn’t go out looking for it, but ran across this sermon outline.  If you’re looking for a scriptural basis that Santa is from Satan, well there it is.  And now for my bit.

Christmas – It’s worth noting to begin with that not all Christians celebrate Christmas.  The Christ mass is Roman Catholic in origin, which is enough to cause some Protestants to avoid it.  Eastern Orthodoxy originally celebrated the day in January, and few countries using the Julian calendar (such as Ethiopia and Russia) still do.  Many of the traditions are clearly not Christian, and some speculate (the history is uncertain) that the December 25th date corresponds to the winter solstice and pagan celebrations.  Tree decorating really was a pagan element that Christians “borrowed” for their own celebration.  The argument can also be made that there is no scriptural command to celebrate Christ’s birth.  Jesus said “This do in remembrance of me” at the Last Supper, but after his birth is recorded in the Gospels there is really no further mention of it.  Only two Gospels record the birth of Christ, Matthew and Luke, but all four record his death, burial and resurrection.  The incarnation is fundamental to Christian theology, but celebrating Jesus’ birth is not.

Saint Nicolas – Historically speaking, there really was a Saint Nicolas.  He lived during the third and fourth centuries in what is now Turkey.  He was the only son of wealthy Christian parents, very religious from an early age, and became a Greek Bishop.  How Saint Nicolas became modern Santa Claus is a long story, and some of the details are quite speculative.  December 6 in many European countries is Saint Nicolas Day (Nicolas died on Dec 6, 343).  The traditions of Saint Nicolas Day are simpler and less commercial than American Christmas, and would probably be more palpable to our Christians.

The Dutch Sinterklaas is the basis for Santa Claus (see the similarity) in America and Father Christmas in England.  The resemblance between the real Saint Nicolas and our Santa are few, though he is remembered for giving simple gifts to impoverished children. Notice Sinterklaas at left wearing a Bishop’s hat, not a sleeping cap.  It is likely, but subject to argument, that Dutch settlers in New York (originally New Netherlands) brought Sinterklaas, sometimes spelled Sinter Klaes, to North America.

Christmas and Santa – Gifts are exchanged on December 6th in those nations that celebrate Saint Nicolas day, and sometimes on January 6th among those celebrating epiphany.  Epiphany celebrates the wise men finding Jesus – and offering gifts.  Because Saint Nicolas/Sinterklas/Santa Claus is associating with gifting, he has become part of the American Christmas celebration.  We don’t do Saint Nicolas Day, and you won’t hear about epiphany outside of church.  Santa wore bishop’s robes when he first appeared in America, but was soon redressed in more secular clothes.  American culture is closely associated with capitalism, and Santa has always been used in this country to sell stuff.  (See also Santa Claus Has Not Sold Out)

Christians disagree on lots of issues.  Just think about music as one example.  Some Christians do not play any musical instruments citing there are none mentioned in the New Testament.    Some churches play only traditional hymns, others modern praise and worship, while still others attempt to strike a balance and please every taste.  Christians are divided over liturgy, doctrine, and even Bible translation.  Christians also differ over the issue of how much of the culture to embrace.  Some churches build a gym and sponsor a basketball team.  Some churches have AA meetings  in the basement or have Boy Scout troupes meeting in their activity centers.  Other churches, to put it mildly, do not.  Some Christians proudly fly the American flag, while some find pledging allegiance to anything other than God sinful.  And so it is with Christmas.

Some Christians do nothing else for Christmas than celebrate the birth of Jesus.  No trees, no lights, no Santa.  Other Christians put up the manger scene and a Christmas tree.  They read to their children from Matthew and Luke, but also hang Christmas stockings and leave cookies out for Santa.  Some Christians totally embrace the culture at Christmas just like they do every other time of year, while others tolerate Santa Claus without necessarily welcoming him into their homes.  So who is right and who is wrong?

For my part, I wouldn’t touch that question with a stick.  I wish more Christians lived by Romans 12:18 – If possible, so far as it depends on you, live peaceably with all.  If you decide to not teach your children Santa, that is your business.  If  you don’t believe in Santa and tell my child not to either, then we are going to have problems.  At my house we decorate a Christmas tree, hang stockings, and take a picture with Santa.  We also have a nativity scene and an Advent wreath.  Jesus is the reason for the season, but there is no way to be fully insulated from the culture nor do I think we should be.  Our goal as parents is that our daughter see us attending church, giving/tithing, reading the Bible and sharing the Gospel.  We also fly an American flag from the font porch and vote in every election.

Christians disagree over many issues.  Hopefully, and I think in accordance with scripture, we can see past those differences and love the brothers and sisters.  The greatest gift every given was God’s own Son.  On that I hope we agree.  Merry Christmas. 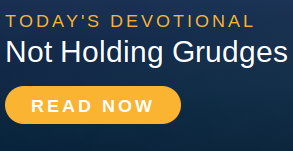