The advent of anything refers to its first appearing. The season of Advent is a time of preparation, waiting for the arrival of Christmas. We celebrate the waiting (perhaps honor is a better word) by examining the Old Testament prophesies, and considering the lessons the shepherds and wise men and teach us still. Lighting the candles of the Advent wreath is a far more time honored tradition than waiting in line for Black Friday deals on Sony’s PS4.

The celebration of Advent occurs over the four Sundays between Thanksgiving and Christmas. This year all four are in December, but the first Sunday of Advent is often the last weekend in November. The first Sunday is Hope, and if you light the candles of the Advent wreath today’s candle is Prophesy.  There are passages of prophetic scripture dealing with every aspect of Jesus’ life and ministry, and many of those  deal with details of his birth.  Some of the best known are found in Isaiah:

For to us a child is born,
to us a son is given;
and the government shall be upon his shoulder,
and his name shall be called
Wonderful Counselor, Mighty God,
Everlasting Father, Prince of Peace.
Of the increase of his government and of peace
there will be no end,
on the throne of David and over his kingdom,
to establish it and to uphold it
with justice and with righteousness
from this time forth and forevermore.
The zeal of the LORD of hosts will do this.
(Isaiah 9:6-7 ESV)

Therefore the Lord himself will give you a sign. Behold, the virgin shall conceive and bear a son, and shall call his name Immanuel.
(Isaiah 7:14 ESV)

Immanuel (also sometimes Emmanuel) means God with us.  Take a peek at Matthew 1 and you will find the angel appearing to Joseph not only quotes this verse from Isaiah but Matthew gives the interpretation.  How do we know he will be born in Bethlehem?

But you, O Bethlehem Ephrathah,

who are too little to be among the clans of Judah,

from you shall come forth for me

one who is to be ruler in Israel,

whose coming forth is from of old,

These are three of the most well known birth prophecies.  One aspect of studying prophesy is to realize that just as Jesus fulfilled all of the prophecies of his first coming he will someday fulfill the New Testament prophecies of his second coming. The incarnation of the God’s Son is the greatest event in history… so far.

In the Parable of the Tenants Jesus relates the story of a land owner who leased out a vineyard to some wicked men.  They either brutalized or killed the messengers he sent to collect the rent.  Finally he sent his son, reasoning that he would be respected.  They killed the man’s own son, thinking if the heir were dead they would inherit the land.  The first century audience responded that those evil men would suffer horribly when the landlord returned.  Jesus told this parable against the leaders of the Jewish faith.  Just as their ancestors killed the prophets – God’s messengers – so they were about to kill God’s own Son.  Further, he said the Kingdom would be taken from them and given to others, namely the faithful believers among the Gentiles.

In the Old Testament, the coming of the Messiah was foretold.  Paul says that “when the fullness of time had come, God sent forth his Son.”  God is not a man that he should lie.  He is faithful and just concerning his promises.  These are scriptural truths to consider as we honor the waiting for Christ’s first coming and eagerly await the second. 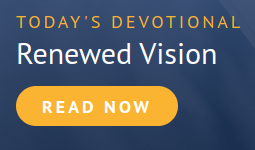