When King Nebuchadnezzar decreed that only his image should be worshiped in Babylon three of his Hebrew subjects, Shadrach, Mechach and Abednego continued praying to the only true God. When called before him they boldly had this to say:

Shadrach, Meshach, and Abednego answered and said to the king, “O Nebuchadnezzar, we have no need to answer you in this matter. If this be so, our God whom we serve is able to deliver us from the burning fiery furnace, and he will deliver us out of your hand, O king. But if not, be it known to you, O king, that we will not serve your gods or worship the golden image that you have set up.” Daniel 3:16-18

They proclaimed that God was able to deliver them but not that he would definitely do so. God was able to, but even if he did not they still would not bow to the image of Nebuchadnezzar. Greatly outraged, Nebuchadnezzar had the three Hebrews (actually young men, though often referred to as the three Hebrew children) thrown into the fiery furnace. We all know what happened next, right?

Then King Nebuchadnezzar was astonished and rose up in haste. He declared to his counselors, “Did we not cast three men bound into the fire?” They answered and said to the king, “True, O king.” He answered and said, “But I see four men unbound, walking in the midst of the fire, and they are not hurt; and the appearance of the fourth is like a son of the gods.” Daniel 3:24-25

The King James actually says the form of the fourth is like the Son of God. A few verses later he praises the God of Shadrach, Mechach and Abednego for sending an angel to protect them. I don’t know if I’ve said it here before or not (I certainly do in God is Near) that perhaps we sometimes make too much out of just who does what when it comes to acts of God. Was it actually Jesus himself, the only Son of God, that delivered the Hebrews from the furnace, or was it an angel sent by God? This and other Old Testament passages (Moses and the burning bush, prophecy of Samson’s birth) are sometimes less clear than we might wish. “Angel of the Lord” is often interpreted to be a pre-incarnation appearance of Jesus. At the end of the day what really matters is this: God could have delivered them from the fiery furnace, but instead he lead them through it. They put their faith in God and God responded. They acknowledged that he was able to deliver them, but even if he did not they would not be worshiping the king of Babylon.

Later, in Daniel chapter 6, Daniel is thrown into the lions’ den. A very nervous King Darius is relieved to find him still alive the next morning. Daniel says that God sent his angel to shut the lions’ mouths. God was near the Hebrew children in the fire and near to Daniel in the lions’ den. The writer of Hebrews mentions several Old Testament characters and even makes mention of the fact that time fails to list them all. He lists a few random names, including Gideon, David and Samuel, then spouts a random lists of things the great men of faith did: “who through faith conquered kingdoms, enforced justice, obtained promises, stopped the mouths of lions, quenched the power of fire, escaped the edge of the sword, were made strong out of weakness, became mighty in war, put foreign armies to flight.” Hebrews 11:33-34 Did you catch stopped the mouths of lions and quenched the power of fire in that list? Who else could that be if not Daniel and the other young Hebrews? God rewarded their great faith, but not by delivering them from anything. He drew near and led them through.

God was near Noah and his family in Genesis 8. He went down into Egypt with the children of Israel. We live today in a dark and evil world, the realm of Satan and those who bow to him. We know that he walks to and fro like a roaring lion, seeking whom he may devour. In Matthew 28 Jesus told his followers he would be with them to the end of the age. God is not far away hoping everything turns out all right. When we find ourselves in the fire, in the flood, in a foreign land – literally or figuratively speaking – God is near. He is never more than a spoken prayer away. His Spirit dwells in the heart of every believer. He is not waiting at church for us to come back. Can you find God by climbing a mountain, standing by the ocean or gazing into the stars? Yes. But you can also find him on your way to work stuck in traffic, though it may be a little harder to focus. You are never alone.

One thought on “Fourth Man in the Fire” 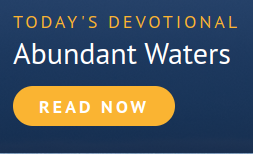 Charm is deceitful, and beauty is vain, but a woman who fears the Lord is to be praised.
Proverbs 31:30