I was introduced to blogging by the original Internet Monk Michael Spencer. He was smarter than the average bear but lived in a rural community in southeastern Kentucky. Beginning just after the 2000 election he took advantage of the World Wide Web and as an early adopter of the new blogging platform quickly grew an online community of followers around the world. I had certainly never heard of a blog in 2000, back when I was accessing the internet via AOL and used their free hosting to create my own webpage. It wasn’t until after Michael started podcasting that I felt strongly enough that I had some things to say and joined WordPress in 2008. Hindsight being 20/20 blogging peaked somewhere between 2006 and 2008 so I came on board just in time to see blogging begin its decline across the board. 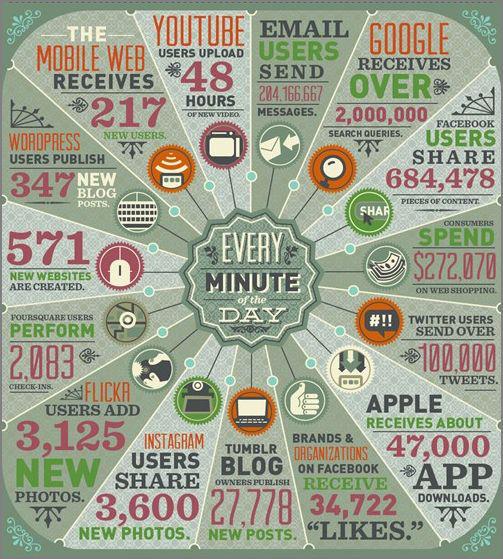 The graphs above are not identical in the information they share but we can make some comparisons. The number of Google searches nearly doubled. There is not a “smartphone” pie slice per se but in 2012 there were 47,000 Apple App downloads each minute compared to the nearly 400,000 apps downloaded via App Store and Google Play. Several of the data points in 2019 represent things we do exclusively or mostly on phones and handheld devices. In 2012 WordPress users added 347 new blog posts every minute. In 2019 WordPress is not on the chart.

These are my own stats shown annually from 2010 to present. Keep in mind that we’re only about 60% of the way through 2019 but still:

WordPress began disquishing between views and visitors during 2012. The drop following 2012 can be seen from space but a gradual decline is visible over the past six years. The pie graphs above reassure my fragile ego that it’s not just me. Others have written on the decline of blogging. Brad (of Brad Ideas) notes a trend that I have observed as well on my own blog, that a single sentence or short paragraph gets more engagement than a full, well written essay. TL;DR is shorthand for the comment too long, didn’t read. Read the rest of Brad’s observations on blogging here. Blog Tyrant takes a more optimistic approach, noting the way blogging has changed but is certainly not dead. If you look at Google search terms over the years the number of people searching for blogging has gone way down. But does that indicate that blogging is dead or simply that now a greater number of people know what it is? The number of people looking for starting a new blog is still on a slow uptick. He also makes the case that everything is a trend and some naturally do better than others. MySpace came and went while Facebook continues to grow. Napster died off while Spotify seems to be a more sustainable platform. He then makes a mindblowing point about Microsoft. He cites a New Yorker article that recalls a time when 90% of all computing devices ran Windows. Today it’s only 11%. People didn’t quit using computing devices but they did make a big switch to Apple and Android smartphones (and tablets, smart speakers, and so forth). If you worry about your platform becoming obsolete, plan ahead. A list of suggestions follow, the whole thing can be found here. The point is that people’s desire to consume information, via a combination of multimedia sources including reading, hasn’t come to end.

The way we share information over time changes and this has always been the case. Just ask people that publish newspapers. When I started blogging in 2008 I was not on Facebook or Twitter and now use both social media platforms. The Master’s Table is not about marketing or generating revenue: the only stated purpose has always been to be God honoring and Christ centered. The 17,000+ visitors in 2018 far exceeds the number of church members I minister to and the “world wide” aspect of the web reaches out to people in places I will never visit in person. So I guess I will continue to write, share, repost and link until WordPress tells me we’re no going to do this anymore. Or Jesus come back, whichever happens first.

One thought on “The Changing Nature of Blogging”