It’s fall y’all! Monday was the first day of autumn so I will now officially quit complaining about pumpkin spice, falling leaves and s’mores posts on Facebook and Twitter. My wife finished crocheting my Dr Who scarf just in time. (Tom Baker, the fourth Doctor, Google it.) It’s still in the 90’s here so it’s more fashion statement that useful right now. Btw, the best thing about fall is candy corn. Shout out to the haters! 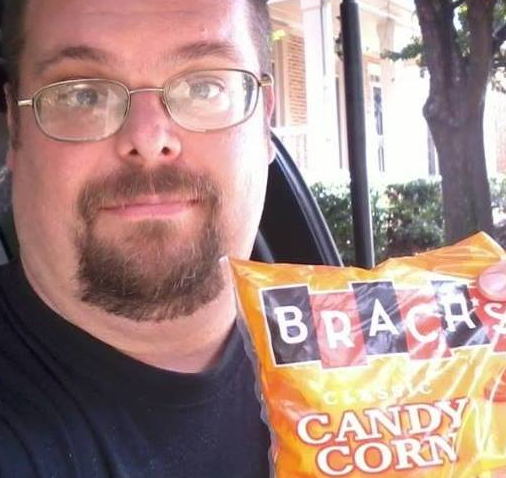 Last week I mentioned the Braves and their likelihood to clinch their division title but said nothing about UGA hosting Notre Dame. Happy Monday pointed out Martin Luther showed up on ESPN Game Day (link). Here’s one I missed that a former student was kind enough to point out:

Vaping has been all over the news this week. I’m kind of thinking out loud here but let’s think through this. There is a lot of media coverage and outrage over illness in several states and 12 deaths. According to the CDC, traditional tobacco products cause 480,000 deaths annually. That’s more than AIDS, alcohol, car accidents, illegal drugs, murders and suicides combined. I’m not saying that vaping is no big deal and we should all look the other way. But how are we ignoring 1/2 million deaths each year from tobacco products? Has that just become so commonplace that we don’t even notice anymore?

The U.S. House of Representatives has multiple investigations ongoing and may finally move to impeach President Donald Trump. What does that mean and what would happen next? Impeachment simply means that the sitting president would be indicted. Bill Clinton was impeached, which means the Senate conducted a trial, but he was not removed from office. House Democrats feel compelled by their constituents to impeach; they may have no choice if they hope to keep their support at home in the next election cycle. It takes 218 votes for the House to pass legislation. They have the votes to do it. But then what? If the House votes to impeach it would be up to the Senate to conduct impeachment hearings. In the 116th Congress (2019-2021) Republicans hold 53 seats and Democrats 45. There are two independents but both caucus with Democrats (see Bernie Sanders). There are Republicans that find the recent allegations troubling. But they are not going to vote to remove a sitting Republican president. No president is history has ever been removed from office by impeachment. If Trump is removed from office can he/will he run in 2020? We’re in constitutionally uncharted territory here but if one thing is certain it’s that nothing can be ruled out.

And now for something completely different. I’m just gonna post this without comment. Mattel, the makers of Barbie, are releasing a line of gender neutral dolls. Discuss amongst yourselves. 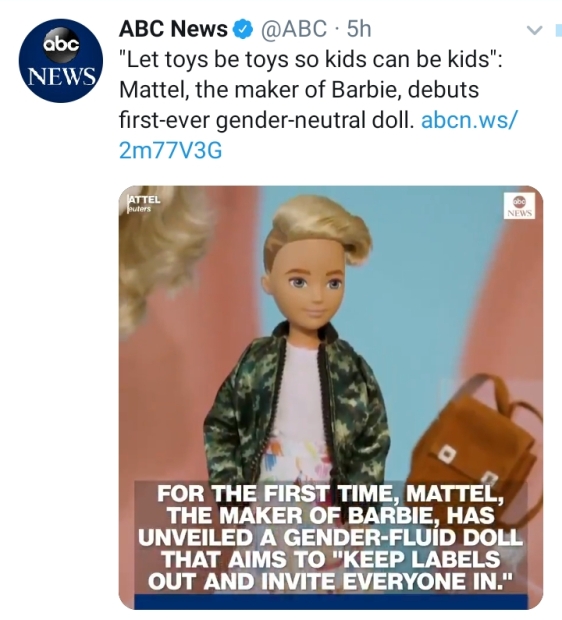 Who could use some good news? Amazon Echo users will soon be able to replace Alexa with Samuel L. Jackson’s voice. You can choose between explicit and non-explicit personalities.

I always thought Sam Jackson would be a great choice for GPS directions. There is no way you’re going straight if he tells you to turn left.

In Case You Missed It: We had a guest blogger yesterday as The Master’s Table welcomed Jimmy’s Table author Jimmy Humphrey. It’s been a long and stressful week at the Bunch house. I replaced the radiator in my wife’s minivan; meanwhile my own car is held up waiting for a part. $30 piece of plastic that will take 10 or 15 minutes to replace takes a week to get; it’s hard to find and impossible to find quickly. Please pray for my wife as she travels out of town to take care of her parents, and remember Jimmy in your prayers as he lays around the house doing nothing (waiting for his broken leg to heal, possibly with surgery).

Consider engaging in the comment section or sharing this post with your friends. Enjoy your weekend, Van Til will be in on Monday morning. Some things in life you can just depend on. Here’s one more pic of the scarf; yes, I did wear it to church Sunday morning.