The Word of God speaks to us. The Bible is always relevant.

Maybe you’ve seen some of these items this week, or maybe it just feels that way. Welcome to the Satur-deja Vu.

In all seriousness, I have written a series of posts this week on finding the Messiah in Isaiah. Part 1 is about those well known verses we use every year just before Christmas. Part 2 is about the nature of Christ’s ministry. Part 3 is about the crucifixion and resurrection.

Fans of Happy Monday know that most weeks Coffee with Jesus makes an appearance. Radio Free Babylon posts cartoons every Monday, Wednesday and Friday so if you don’t follow them on Facebook or Twitter you’re only getting a sampling. This was a timely message, thought I’d go ahead and share. 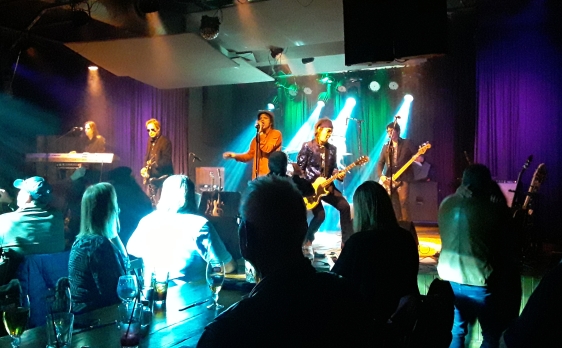 I did get satisfaction. I’ve never been to a lot of concerts, of any kind. Last Saturday was my first experience a tribute band. The Street Fighting Band is a Rolling Stones tribute band. The seats were good, the tickets were reasonable and as the Stones they were really good. They played two sets of just over an hour each. 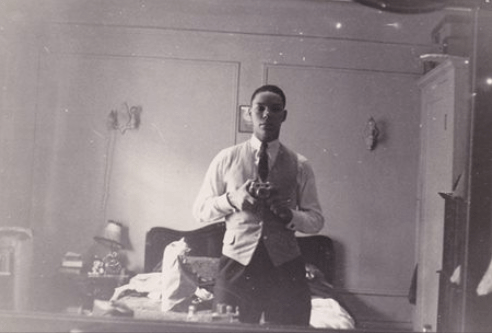 Last week I shared an early example of a selfie, taken by a group of photography studio owners on the roof of their building. I cited 1890 as the approximate year; further research dates the photograph a little later, December of 1920. The image above is of a young Colin Powell, retired 4 star general of the U.S. Army and, as I’m sure you recall, Chairman of the Joint Chiefs of Staff for George H. W. Bush and Secretary of State for George W. Bush. Powell was born in 1937 so that selfie was probably taken in the mid to late 1950’s. Some individuals are just ahead of their time.

Stuck at home? If you’re spending more time at home than usual these days, it’s a great time to be alive from a video streaming point of view. Netflix offers a 30 day free trial, Disney+ and CBS All Access have 7 day free trials. You could spread your trial periods out over a few weeks if need be. Just a thought.

I published an essay on Facebook yesterday about working together as a society for the common good and taking preventative measures to stop the spread of Covid-19. Maybe all of these measures are not completely “necessary” at this time, but hopefully we can prevent them becoming necessary. Acting sooner rather than later will save lives. Full text after the jump. Peace and God bless.

As we waited for the president to address the nation yesterday, I wrote the following:

Many school districts in NW Georgia, including the one our daughter attends, have cancelled all classes and activities for the next two weeks. Colleges have cancelled winter and spring sports seasons (NCAA March Madness for instance) and pro teams have put their seasons on hold. The NBA is postponed for one month, MLB has delayed opening day. I do not think this is an overreaction.

We don’t need to storm the grocery stores and hoard staples and supplies. But avoiding large gatherings, including church services and sporting events, and cancelling or postponing concerts, vacation, etc. are reasonable precautions. Events are not cancelled in your area because of an immediate emergency close to you. We as a society need to prevent the spread of coronavirus to all members of our society. Stopping the spread of the virus will save lives. The incubation period for the disease to develop is 14 days. During the next two weeks, those who have been exposed may develop symptoms and we can then identify how widespread the disease is. Some have been exposed and will not display symptoms, or their symptoms will be mild. We need to stop the transmission of the disease by those who are unaware.

Don’t panic. Use common sense. Please do not verbally abuse or assault those in positions to make decisions. Testing will become more widely available in the days and weeks ahead. Let’s all do what we can to prevent spreading it around until those tests and perhaps better treatments become available. The United States has approximately 1 million hospital beds. If this things spreads out of control, like it has in Italy for example, 1 million beds will not be enough.

Be cautious, do not panic. Be kind while doing it. Please and thank you.

One thought on “Satur-deja Vu”

Since we have these promises, beloved, let us cleanse ourselves from every defilement of body and spirit, bringing holiness to completion in the fear of God.
2 Corinthians 7:1