It’s fall y’all. The little bird is telling everyone how cold it is in the morning. You can follow him on Twitter. Meteorologists, who study weather and not meteors for some reason, consider September, October and November to be the fall months. The autumnal equinox is not until September 22nd which most people (and calendars) consider the first day of fall in the northern hemisphere and the first day spring in the southern. My family has already been apple picking and I can tell the weather is changing. It’s almost enough to cause me to wear long sleeves and not go outside barefoot. It’s time for the social media posts to start in about hoodies, furry boots, hot cocoa and bonfires. All your favorite fall activities are centered around trying to keep warm. I understand the appeal of some of those things but fall is a transition season into winter. I don’t get those people. Whether you love winter or not it hates all of us equally, that’s why it is trying to kill us. Refer back to the angry bird in the picture. He gets it.

The Queen’s state funeral will be on Monday. The lines to walk past at Westminster Hall are long, with some loyal subjects waiting 20 hours just for the chance. Some people don’t believe in coincidences but I’m about to list a few. I shared wedding pics and talked about our 25th anniversary last week. Our wedding day, September 6th, 1997, was the same day as Princess Diana’s funeral. Her death and the events surrounding it had inundated the news for a solid week. Her funeral was televised that Saturday morning so it was playing in the background while I steamed my white shirt and polished my shoes. The 25th anniversary of her passing started making the news cycles while we were planning to celebrate our own 25th anniversary. And then the queen died. When we celebrate our 50th wedding anniversary, even though we live in the United States, our family won’t be able to think about anything else but the British royals. We are not connected to these events in any way other than an unfortunate proximity on the calendar. It’s just one of those things.

Let’s talk college football for a minute, specifically teams moving to the Southeastern Conference. Oklahoma and Texas are both joining in 2025. The SEC and the Big Ten will both be at 16 schools strong and there is talk of expansion beyond that, possibly bringing both conferences to 20. I remember when Texas A&M and Missouri joined the SEC in 2011. Those were both successful programs (and of course I’m talking about college football here and staying in my wheelhouse) and I can understand why they would want to join what many consider a more elite field. There was a lot of concern, though, about those team continuing to be competitive with a tougher schedule. Texas proved last last week they can be competitive, although the Alabama Crimson Tide may not be playing at the same level they were this time last year. At the same time I have to wonder about taking that risk. Moving into the SEC will inherently mean playing more SEC teams throughout the season. I honestly believe that many of the best programs in the nation – many, but not all – are in SEC. I just hope newcomers have weighed the cost.

The Mets and the Braves could both finish the regular season with 100 wins but just barely. They are statistically in a dead heat but just like last year somebody is going to have beat the Dodgers for a chance to play in the Big Game. They could hit 100 wins tonight with no other team in the NL West able to catch up.

It’s a case of yes, but. This map demonstrates that Venice, Italy, is on the same line of latitude as Portland, Oregan. The climate is very similar; warm summers, cold winters, frequently overcast. Both cities rarely see temperatures less than 25°F or above 90°F. But look at some of the other locations along that red line. It runs right between North and South Dakota. Those winters are brutal. While the average annual snowfall in Portland is only 4.3″ in Michigan the average is 60.66″. That’s five feet. Doesn’t it get colder the further north above the equator one gets? Yes, but…

The climate in Portland is moderated by the Pacific Ocean. The weather in Seattle is nothing like Siberia in Russia because the oceans currents moderate the climate much the same way the Gulf Stream travels across the Atlantic to produce the London fog. It rains almost every day in Seattle and London but they rarely see snow or thunderstorms. Siberia is landlocked, like North Dakota. The Mediterranean Sea has a unique set of circumstances that produces its own climatic zone. Without discussing elevation, oceans and seas often have more to do with weather patterns than latitude.

“In space no one can hear you scream.” I don’t really have anything to say about this but it’s been sitting in the folder for weeks. Now that I think about it there’s probably an illustration in there somewhere about how the Bible is translated from archaic languages and it’s sometimes more of an art than a science. Hmm…

I don’t know who Bella is but I’m pretty sure that’s me and Teresa.

Here’s one more random bit and we’ll call it a day:

The last movie I saw in a theater before the pandemic set in was Star Trek: The Motion Picture. We went on a double date with Dudley and his wife Brittany to see the 40th anniversary re-release. Dudley and I saw Star Trek II: The Wrath of Kahn over Labor Day weekend to celebrate its 40th. We could debate the pros and cons of the new Trek stuff being made but here is a nice looking infographic chock full of stats and trivia from the the original series. If it wasn’t for this we wouldn’t have any of the other. 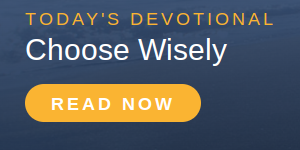 My little children, I am writing these things to you so that you may not sin. But if anyone does sin, we have an advocate with the Father, Jesus Christ the righteous.
1 John 2:1