God uses things that are small, weak and broken. I’ve said that many times so you may have heard it in a sermon, lesson or read it here. Every person in the Bible that does anything for God was flawed in some way, perhaps fatally so. Abraham believed God and God counted it to him as righteousness; but he still lied, twice, about Sara not being his wife. David was a man after God’s own heart but committed not only adultery but murder in an attempt to cover up the previous violation. Noah got drunk and naked, Lot was comfortable surrounded by sin, Samson was a pompous jerk and so forth. END_OF_DOCUMENT_TOKEN_TO_BE_REPLACED

“God is on my side.”  Consider for a moment the arrogance of that statement.  We’ve all said it, and probably didn’t mean to infer anything by it.  But the implication is that we have a position, a plan for victory, and that God chooses to support our position.  The truth is, we don’t even have a side.

Of all the children in a large family, Joseph was the favorite of his father Jacob.  (As in Abraham, Isaac and Jacob, also known as Israel.)  Joseph was also favored by God.  When his brothers plotted to kill him, a band of merchants just happened by and one suggested there was no profit in killing him but he could be sold as a slave.  That would get rid of him and they could make a little something on the side.  Joseph was carried down to Egypt, which was of course all part of God’s plan.  Perhaps that traveling merchant caravan didn’t just “happen by” after all. END_OF_DOCUMENT_TOKEN_TO_BE_REPLACED 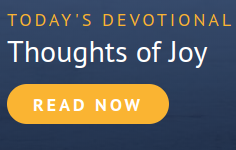 In this the love of God was made manifest among us, that God sent his only Son into the world, so that we might live through him.