Satur-deja Vu is not just a review. It also gives me a chance to drop in some things I couldn’t find a place for, and perhaps mention a topic that will not be getting its own post for whatever reason. It lets us take inventory. I used to call My Other Blog “the bottom file cabinet draw of the blogosphere.” Saturday is when we organize the file cabinet.

END_OF_DOCUMENT_TOKEN_TO_BE_REPLACED

We mentioned back to school on Monday but that was about it. Apparently we did a whole back to school themed Happy Monday post last year that I totally forgot about. We listed several “special editions” in the #200 post last week and the timing would have been perfect to include this one.

A significant portion of our society falls into the student/teacher/parent population. Below is a special mid-week repeat of Happy Monday: Back to School Edition, originally posted August 10, 2015. 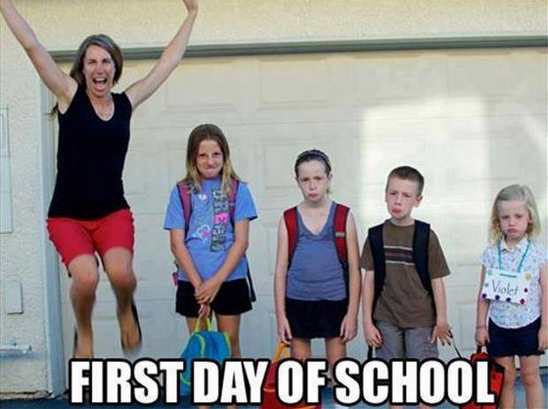 The first day of school doesn’t affect everyone equally. END_OF_DOCUMENT_TOKEN_TO_BE_REPLACED

The 2012 Summer Olympics are over in London, closing ceremonies were last night.  The United States finished with 104 medals, 46 of them gold.  Opening ceremonies for the 2014 winter games will be held February 7, 2014 in Sochi, Russia.

One of my pet peeves is everything that gets forwarded, reposted, retweeted etc. that was never true in the first place.  It started with email in the late 90’s and has only gotten worse with social media and 24/7 connectivity.  Neither Pepsi nor Coca-Cola are releasing a patriotic can which leaves “under God” out of the Pledge of Allegiance. END_OF_DOCUMENT_TOKEN_TO_BE_REPLACED