Tokyo Meal Count – The United States is tied with China for the number of total medals but falling even further behind in the quest for gold. China is really showing up and showing out this year. This is a busy weekend with track and field events starting up and overlapping swimming and gymnastics that haven’t finished. Daniel Jepsen is back from vacation and has a full Olympic special edition on the Saturday Brunch. He covers some events that have been dropped over the years (such as live pigeon shooting and solo synchronized swimming) and unveils the 2024 Olympics in Paris logo. The internet is having some fun with it, per the usual.

END_OF_DOCUMENT_TOKEN_TO_BE_REPLACED

There are stories in the news from time to time that either affect Christians directly or that we should at least be paying attention to. The Master’s Table does not post on American politics. Our goal here it to be God honoring and Christ centered. Abortion is a morality issue and one that many struggle with. No matter your political affiliation, or even if you have none at all, this time in our history is seeing a lot of change in the way abortion is regarded. New York has recently passed the most liberal abortion law in the country while states like Georgia, Alabama and others seek to eliminate not only late term abortions but virtually all procedures after the first six weeks. And now this: END_OF_DOCUMENT_TOKEN_TO_BE_REPLACED

After the 9/11 attacks on New York, Mayor Rudolph Giuliani spoke at a live taping of Saturday Night Live. The show has always been distinctly New York and he spoke very frankly with the cast, audience and show creator Lorne Michaels. He wanted the show the go on and encouraged them to do it. Michaels asked “Can we be funny?” And with a straight face Giuliani wryly replied “Why start now?” END_OF_DOCUMENT_TOKEN_TO_BE_REPLACED

Baptist Press reports that the Supreme Court will hear an argument in March or April that may set precedents for future church/state decisions. From the article:

Missouri nonprofits can apply to the state for scrap tires to use for rubber playground surfaces. Trinity Lutheran Church in Columbia, Mo., which has a daycare called the Learning Center, applied to receive the ground-up tires for its playground. The state ranked the church’s application highly, but refused the grant based on a state constitutional provision that forbids state money going to support churches. About 35 states have similar provisions in their state constitutions.

The implications of the high court’s decision will go far beyond playground equipment. Continue reading Church-state case goes to Supreme Court via bpnews.net.

Legal opinions vary widely on what the U.S. Supreme Court’s mandate of nationwide same-sex marriage will mean for pastors and government officials authorized to perform weddings.

Some legal experts say government officials charged with performing weddings could lose their jobs for refusing to marry gay couples. But others believe both ministers and government officials likely will have freedom not to perform same-sex marriages that violate their religious convictions.

END_OF_DOCUMENT_TOKEN_TO_BE_REPLACED

Let me first mention the new look of the Baptist Press website. The new site design rolled out yesterday (Sept 17) and includes a few new features as well.

If you looking at the new BP site anyway, go ahead and read this article about the first meeting of the Bivocational and Small Church Advisory Council of the SBC. END_OF_DOCUMENT_TOKEN_TO_BE_REPLACED

Research indicates that as many as four in ten pastors will be forced to leave a ministry at least once during their career. Hershael York and Jeff Iorg outline how to prevent terminations that are often unnecessary and offer advice on how to deal with conflicts when they do arise in this article via Baptist Press.

On the list of top 15 reasons pastors are fired/ forced to resign, only two are related to sin on the part of the pastor. Ethical conduct comes in at #8 and sexual misconduct #10. Many times issues relate to personal communication skills or a few disgruntled members that spiral out of control. Sometimes it is simply time for one’s ministry to come to an end in one place and move on to something else. But the old saying is that figures don’t lie; nearly half of all church pastors will deal with these issues sooner or later. The advice in the BP article is sound and it wouldn’t be a bad idea for church members not in the pastorate to give it some consideration.

-Hershael York is a preaching professor at Southern Seminary as well as a currently active church pastor. Jeff Iorg is president of Golden Gate Theological Seminary. The image above and original text of the article are copyright 2014 Baptist Press.

Baptist Press reminds us that Billy Graham stood on the steps of the Lincoln Memorial on July 4, 1970 and delivered the message The Unfinished Dream. Read the full story here, which includes links to the original BP story published over 40 years ago and to hear the full sermon. END_OF_DOCUMENT_TOKEN_TO_BE_REPLACED

American news has been dominated by severe weather stories, and multiple channels of Olympic coverage plus round the clock internet streams provide more hours of winter games than one could possibly watch. Hopefully, however, you are at least aware of the violent instability and loss of life in the Ukraine.

Protests of that nation’s government have been going on for three months or so, and the government has recently responded with greater force. Local churches and IMB missionaries are not taking sides, but are in Kiev handing out scripture and offering prayer support. Tent ministries have been set up near the front lines, and as locals pray for peace in their country church workers pray for God’s peace in people’s hearts.

“Thousands of Scripture portions have been distributed and the prayer tent on Independence Square is very active,” said International Mission Board worker Tim Johnson (names have been changed). Johnson said all IMB personnel in Ukraine are safe and in contact with local believers to support their efforts to share Christ in the midst of the violence.

Read this story in full at Baptist Press News. 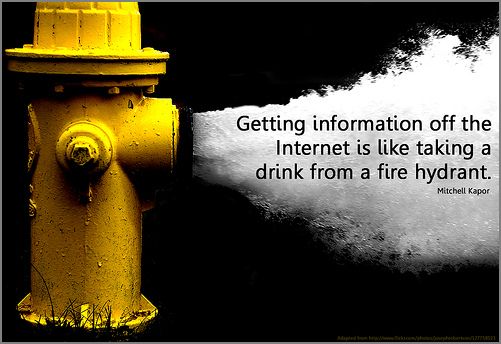 This just happened in my home state of Georgia: Governor Nathan Deal has the Bibles returned to lodges and cabins in state parks after a state agency had them removed.

Discover the seven fold workings of God in Psalm 23, via Walter Bright.

Anne Hesche will play a woman with a near-death experience turned prophet in a new series called Save Me. My comments follow the post, be sure to check out that Wiki entry.

Both sides of the abortion debate think we can learn from the Gosnell murder verdict.

Big flood at the home of Crossway Publishers (makers of the ESV Bible). They are asking for prayer and financial support. As of May 15 they are at 53% of reaching their financial goal.

Do nothing from selfish ambition or conceit, but in humility count others more significant than yourselves. Let each of you look not only to his own interests, but also to the interests of others.
Philippians 2:3-4