Live long and prosper. September 8th was the 55th anniversary of the series premiere of Star Trek. The original series was cancelled by NBC after only three seasons but Gene Roddenberry, the Great Bird of the Galaxy, would eventually get a motion picture and another series on television. Today there are multiples franchises of films and I think we’re up to nine series if you count everything. But it all started this week 55 years ago in 1966 with what Roddenberry described as “Wagon Train to the stars.”

This is the week for anniversaries and we’ve got a bunch of them.

END_OF_DOCUMENT_TOKEN_TO_BE_REPLACED

Some people on Facebook and Twitter do not read comments as a matter of course. Sometimes a comment thread provides useful context but often they just make me angry. I will sometimes argue with strangers on the internet because, you know, you can’t just let people that are wrong walk around thinking they are right. (I say that tongue in cheek.) As brick-and-mortar LifeWay stores come to end they have several deals on Bibles right now online. I have seen ads in my Facebook newsfeed in the past week for a KJV Minister’s Bibles, a CSB “Ancient Faith” Study Bible and the NKJV large print Bible pictured above. There are several different Bibles, some up to 50% off, with many of the sales lasting only 48 hours.

I would have scrolled past the ads and not written a post about them were it not for the comments. END_OF_DOCUMENT_TOKEN_TO_BE_REPLACED 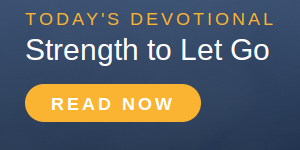