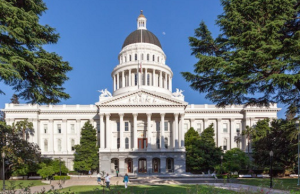 Meanwhile, California is about to become the first state to do away with religious/ faith-based education at the college level. If passed as is, SB 1146 would limit religious education to seminaries. Church affiliated schools, or colleges and universities that apply Christian principles to all areas of life, would be restricted from doing so with all students except those preparing for vocational ministry.

Please read this article by Ed Stetzer and Marty Duren via Christianity Today. This is one of those issues that could drag on through the court system for years to come, but we currently have an aging Supreme Court that’s already short one member and a presidential election coming up that could dramatically alter its balance of power. Who knows what the long term implications of this state legislation could be?

The actual title of the article published by the Pew Research Center is America’s Changing Religious Landscape. You can read that article here, at their own website, rather than second or third hand if you wish. The story was reported by media outlets, such as CNN, with attention grabbing headlines like “Millennials Are Leaving the Church in Droves.”

Russell Moore takes a different perspective, suggesting that actual faith is not in decline but rather the false pretense of it. People without true faith have quit going to church to make a show. He suggests people are no longer attracted to “almost Christianity” but that real faith is alive and well. There are not more atheists than there used to be, there are more honest atheists. Please do read his article here.

Ed Stetzer posted a similar story in USA Today, arguing that while Evangelicals make up a smaller percentage of the population than they did a few years ago their overall numbers have actually grown. While I think Moore’s article is better written, both make the point that raw data doesn’t tell the whole story. How we interpret that data is equally if not more important.