I wrote a post two years ago with the same title.  It’s very short, here’s a link.  In that post I begged the question what if everything we know about Christmas we learned from reading Christmas cards?  You know, details such as exactly 3 wise men were at the manager with the shepherds on the night Christ was born, and that angels are beautiful women with blonde hair, hymn books and choir robes.  I worked that into a sermon last year and it’s a shame I don’t have all those pics online somewhere.

END_OF_DOCUMENT_TOKEN_TO_BE_REPLACED

When Michael Spencer was sick, I posted a couple of times asking my readers to pray.  I wrote a lengthy tribute to him while he was still able to read and respond to it, and like 10,000 other bloggers quickly reported his passing.  This post is much, much harder to write.

Lewis Bunch was born October 9, 1943.  His parents were at times textile workers, and at other times migrant farm workers.  His family was in many ways the same types of dysfunctional that all families are to some degree.  By his mid-30’s, Lewis Bunch had lived in Atlanta, Chicago, and Fairbanks.  James Dean was his idol, and his life seem to mirror his title role Rebel Without a Cause.  In 1975, after 14 years of marriage, his first son was born, Clark Joe Bunch.  He then began his life as family man. END_OF_DOCUMENT_TOKEN_TO_BE_REPLACED

And when they had sung a hymn, they went out to the Mount of Olives. Then Jesus said to them, “You will all fall away because of me this night. For it is written, ‘I will strike the shepherd, and the sheep of the flock will be scattered.’  But after I am raised up, I will go before you to Galilee.”  Peter answered him, “Though they all fall away because of you, I will never fall away.”  Jesus said to him, “Truly, I tell you, this very night, before the rooster crows, you will deny me three times.”  Peter said to him, “Even if I must die with you, I will not deny you!” And all the disciples said the same.  -Matthew 26:30-35

This selection from Matthew’s Gospel is well known, but is most often used during the Easter season.  We all know what happened next, right?  By the end of v. 56 the scripture says “Then all the disciples left him and fled.”  The sad truth is that people are going to let you down.  There are some folks we are naturally suspicious of, but most people we would like to think we can trust.  My advice to people is trust in God, but lock your car.  Sometimes it is the very people we should be able to put our trust in that let us down.  In this sinful, fallen and broken world it is sometimes the police, a school teacher, a church leader or a parent that crosses the line and hurts rather than helps. END_OF_DOCUMENT_TOKEN_TO_BE_REPLACED

God manifests himself in three persons, the Father, the Son, and the Holy Spirit.  It’s easy to recognize the Father and Son in many of our Christmas stories and traditions, but the Holy Spirit is sort of the missing character.  That’s just in our remembrance of the story; in the Biblical account, he is all over that story.

If we’re aware of the Holy Spirit in the Christmas narrative at all, it’s probably when the angel Gabriel tells Mary that the Holy Spirit will come upon her and she will conceive, Luke 1:35.  That’s just the first time Luke will mention the Spirit. END_OF_DOCUMENT_TOKEN_TO_BE_REPLACED 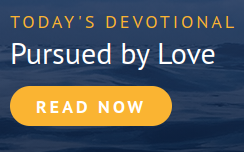 Oh, the depth of the riches and wisdom and knowledge of God! How unsearchable are his judgments and how inscrutable his ways!
Romans 11:33