If you listen to my Sunday sermon (it’s linked in the left-hand sidebar) there are numerous references to Peter and other disciples fishing. Jesus called Peter by telling him that he would become a “fisher of men.” Peter left his nets behind and that’s an important detail to keep in mind.

When we go fishing it’s probably not on a commercial fishing vessel. We go for recreation or even for sport which probably means a rod and reel for most people. We use bait, either live bait like night crawlers and crickets or else some type of lure or fly. Sharing the Gospel message is like casting a net, not like using bait on a hook. When Jesus first met Peter his crew had been out all night and not caught anything. Same story in John 21. We cast the net of the Gospel and many times come back with nothing. But we keep throwing it out there. If we were trying to attract cell phone or cable customers to sign a contract then bait and switch or bait and hook tactics might do the trick. But we are called to build the Kingdom, not generate profitable sales figures. Go out into the world and be wise as serpents but innocent as doves. Don’t forget the innocent part. 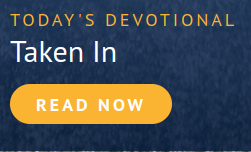 For you formed my inward parts; you knitted me together in my mother’s womb. I praise you, for I am fearfully and wonderfully made. Wonderful are your works; my soul knows it very well.
Psalm 139:13-14