A short Facebook exchange this morning led me to search The Master’s Table for references to hell. The only post with hell in the title was a link to a sermon on the Unity website. Here is the full text of that sermon, preached at Unity Baptist Church on October 4, 2015. The scripture text is Isaiah 11:1-10.  END_OF_DOCUMENT_TOKEN_TO_BE_REPLACED

Take at look at this church sign. This was posted in front of a small church in Norfolk (England, not Virginia). Would you be offended? Even if you were not a believer, would you consider taking action against the church? A passerby was offended but then it gets really weird. Robert Gladwin, age 20, called the police to complain:

“It is my basic understanding that Christianity is inclusive and loving in nature. The message being displayed outside of the church could not be further from the often uttered phrase ‘love thy neighbour’.” END_OF_DOCUMENT_TOKEN_TO_BE_REPLACED

Stamps, coins, baseball cards… all things that get collected. Perhaps Barbie dolls and firearms could be collectible. It takes a special type of person to collect exotic sports cars. What collectors have in common is the desire to gather, catalog and/or display as many of a particular item as can be obtained.

God is a collector, too. What could God possibly collect? He created the heavens, the earth, and all that exists. He owns the cattle of a thousand hills.  What could be of such importance to God that he pays careful attention to gather, store with care, and perhaps one day put on display? END_OF_DOCUMENT_TOKEN_TO_BE_REPLACED 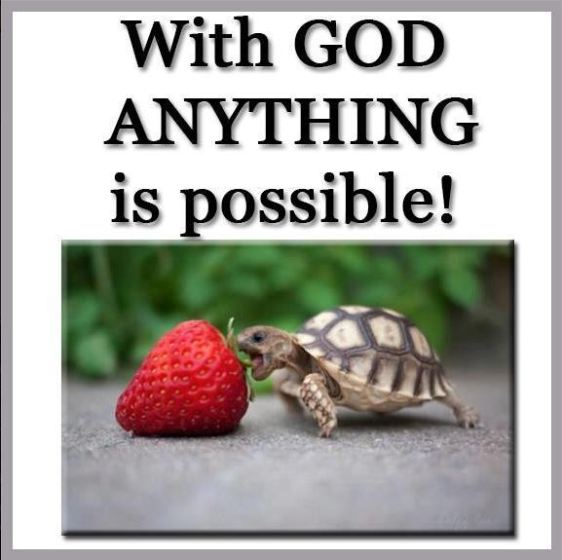 Four verses from Philippians, two from Hebrews.  Each describe the voluntary act of Jesus humbling himself to the Father’s will.  Each describe him as smaller, weaker or lower than his original state, and each ends in death.  But as far as we are concerned, his death was his greatest moment.  He tasted death so that none of us have to.  Death that is separation from the body maybe, but not the death that is total separation from God.  And he defeated the one with the power of death, that is the devil.

Have this mind among yourselves, which is yours in Christ Jesus, who, though he was in the form of God, did not count equality with God a thing to be grasped, but emptied himself, by taking the form of a servant, being born in the likeness of men. And being found in human form, he humbled himself by becoming obedient to the point of death, even death on a cross.
(Philippians 2:5-8 ESV)

But we see him who for a little while was made lower than the angels, namely Jesus, crowned with glory and honor because of the suffering of death, so that by the grace of God he might taste death for everyone.
(Hebrews 2:9 ESV)

Since therefore the children share in flesh and blood, he himself likewise partook of the same things, that through death he might destroy the one who has the power of death, that is, the devil,
(Hebrews 2:14 ESV)

END_OF_DOCUMENT_TOKEN_TO_BE_REPLACED

I grew up in the 80’s.  Before David Blaine and Chris Angel there was David Copperfield.  Over the course of several prime time specials he made the Statue of Liberty disappear, walked through the Great Wall of China and escaped from Alcatraz.  Part of his appeal came from his sense of humor and showmanship on stage, but people tuned in to see the “magic.”  The magic of course was really illusion; he wasn’t really sawed in half on stage.  But you know what they say – Seeing is believing.

It is so easy to believe what we see.  Illusion, special effects and camouflage all depend on it.  That very fact can also get us into trouble at times.  We had to see bacteria with a microscope before germ theory really caught on, and there’s an ever-present warning in your side mirror not to believe exactly what you see (objects are closer than they appear).  We all know there is more going on than can be seen. Wind, gravity, magnetism, microbes, radiation, DNA and so on cannot be seen, but we either perceive their effects through other senses or else detect them with scientific devices.  The earth appears flat, and the sun seems to move across the sky from east to west.  Our understanding is no longer limited to what we can see with our eyes; but the tendency to do so will always be there. END_OF_DOCUMENT_TOKEN_TO_BE_REPLACED

How many times have you bitten into a delicious slice of cheesecake (insert favorite dessert here) and made the statement “I’m in Heaven?”  Listening to beautiful music, attending a wedding reception, or perhaps sitting at home in a rare moment of peace and quiet can move us to feel that way at times; this is what heaven must be like.  Do you ever feel that way at church?

My dad wrote a song about the church titled The Nearest Thing to Heaven.  Like old country music, even Dad’s gospel songs were made of two things: 3 chords and the truth.  The point of the song is simple; the Church (universal) should be the nearest thing to heaven you can find on earth.  While he acknowledges there are problems and that no person nor congregation is perfect, the Church is (or should be) filled with God’s people.  The Church is made up of disciples of Jesus, who are continuously learning to be more Christ-like.  In short, the Church should be populated with God’s people, led by and filled with the Holy Spirit, and working for the Kingdom.  With Christ as its head, the Church should be the body.  That should be manifest in our worship and in our service.  Worship takes place in the church building, while our service takes place Monday through Saturday outside of the church building.

Do you enjoy going to church?   END_OF_DOCUMENT_TOKEN_TO_BE_REPLACED

If you keep my commandments, you will abide in my love, just as I have kept my Father’s commandments and abide in his love.