The U.S. Supreme Court will hear cases concerning California’s Proposition 8 and the Defense of Marriage Act.  Prop 8 was passed by California voters defining traditional marriage after the state’s Supreme Court upheld gay marriage rights.  The Defense of Marriage Act, passed by Congress in 1996, means that the federal government does not have to recognize gay marriages performed in the states in which they are legal.

The cases will be heard in March, on the 26th and 27th respectively.  The High Court’s decision(s) could lead to the legalization of gay marriage nationwide or the affirmation of current laws.  Gay marriage is currently legal in nine states, while 30 states have constitutional amendments defining marriage as between one man and one woman.

Like Loading...
Vodpod videos no longer available.
more about “In The Beginning, The Story Retold“, posted with vodpod

This video was created by our friends at nrl4prop8.wordpress.com.  This is a link  to the original post at their site.  You all know my take on same-sex marriage: if you want to have some sort of “civil union” recognized by the state, I’m fine with that.  Just don’t call it marriage. 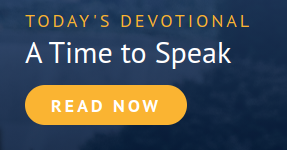