I have written on this subject before but certainly not recently. This post from 2009 focuses on the nature of sin as the easy way out. Stealing is easier than hard work, one night stands are easier than putting time and effort into a relationship, etc. Just about every example of sin that can be listed involves an easier or quicker way of getting something that would take time, effort, patience or involve suffering to obtain otherwise. Is also involves settling for less than what God has in mind for us were we to to do it his way instead.

I want to focus here on Jesus’ responses to each of Satan’s suggestions. Read the story in Matthew 4:1-11 and notice some things with me. END_OF_DOCUMENT_TOKEN_TO_BE_REPLACED

Daniel Jepsen is not new to Internet Monk nor The Master’s Table. His new role, however, is presenter of Saturday Ramblings at internetmonk.com. Here is a link to his first offering. You can also read Daniel at his blog Sliced Soup. Hot tip: you won’t learn anything reading his About page.

Were it not for Saturday Ramblings, I may never have heard about a satanic church in New York raising money to build a statue honoring Satan. Which they plan to place, where else, but next to the Ten Commandments in front of the state capitol in Oklahoma. Saturday Ramblings 2.0 will continue to bring you all the news that’s fit to print; and then some. 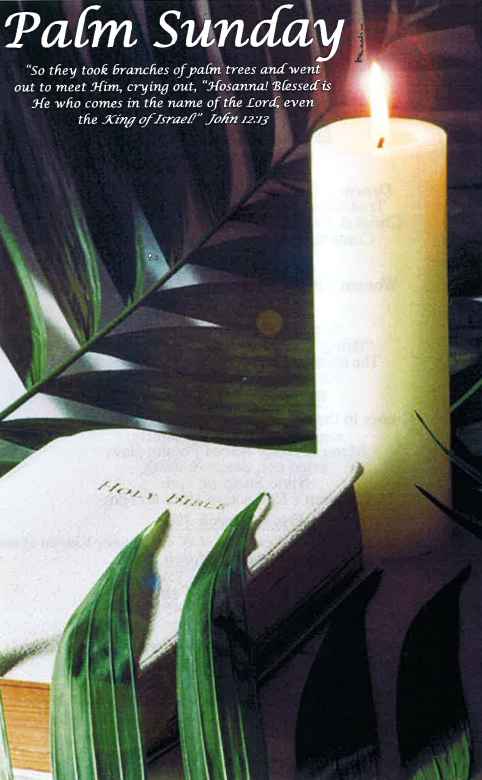 We’re going to go ahead with a couple of Easter bits, because next Monday will be too late. 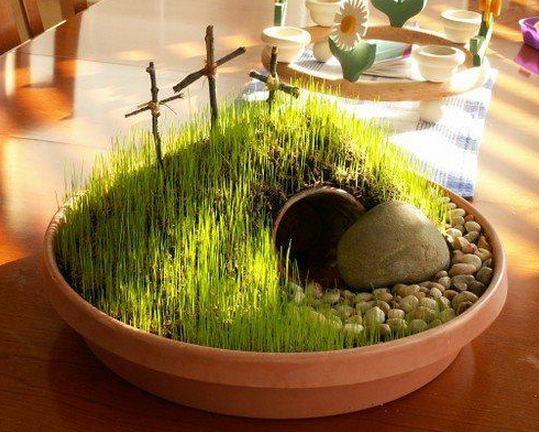 Above: Easter garden. Look carefully, that’s a flower pot base.

END_OF_DOCUMENT_TOKEN_TO_BE_REPLACED

Four verses from Philippians, two from Hebrews.  Each describe the voluntary act of Jesus humbling himself to the Father’s will.  Each describe him as smaller, weaker or lower than his original state, and each ends in death.  But as far as we are concerned, his death was his greatest moment.  He tasted death so that none of us have to.  Death that is separation from the body maybe, but not the death that is total separation from God.  And he defeated the one with the power of death, that is the devil.

Have this mind among yourselves, which is yours in Christ Jesus, who, though he was in the form of God, did not count equality with God a thing to be grasped, but emptied himself, by taking the form of a servant, being born in the likeness of men. And being found in human form, he humbled himself by becoming obedient to the point of death, even death on a cross.
(Philippians 2:5-8 ESV)

But we see him who for a little while was made lower than the angels, namely Jesus, crowned with glory and honor because of the suffering of death, so that by the grace of God he might taste death for everyone.
(Hebrews 2:9 ESV)

Since therefore the children share in flesh and blood, he himself likewise partook of the same things, that through death he might destroy the one who has the power of death, that is, the devil,
(Hebrews 2:14 ESV)

END_OF_DOCUMENT_TOKEN_TO_BE_REPLACED 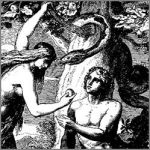 Most people believe that Satan appeared in the Garden of Eden as a serpent and tempted Eve to commit sin.  Some point out, however, that the Genesis account does not directly identify the serpent as Satan, and others will actually argue against the serpent being Satan.  So am I knowing and willfully opening this potential Pandora’s box?  Oh yeah.

I suggest beginning with a read of Genesis 3.  In verse 15, God speaks of enmity between the seed of the serpent and the seed of the woman.  This makes little sense if God is speaking to a mere serpent.  But if the seed of woman is a veiled reference to the Son of Man, i.e. Jesus who is the Christ, then this is the first prophesy of the Messiah.   END_OF_DOCUMENT_TOKEN_TO_BE_REPLACED

I used to post occasionally on some of the wacky search terms that led people to my blog, and also what I call trivia question theology.  Questions like “Did Adam and Eve have belly buttons?” or “Can God make a rock so big he can’t move it?”  Okay, maybe those aren’t real questions, but here is a question that a reader entered into a search engine that was sent to my blog looking for answers.

Could animals talk before the fall?

That’s a legitimate question.  Because Genesis describes the serpent as the most subtle of all the animals in the garden.  That’s why Satan came to Eve in that form.  Eve doesn’t seem surprised when the serpent begins speaking to her.  There is a joke that goes like this: Two muffins where sitting next to each other in an oven.  When one said “Whew, it sure is getting hot in here” the other said “Whoa!  A talking muffin!”  If animals did not talk to humans before the fall, it stands to reason that Eve would have reacted differently at the sight of a talking snake rather than carry on a casual conversation with it.  When Moses witnessed the burning bush in the wilderness he turned aside to see why the bush was not consumed.  It was a curious thing that got his attention.

I try to be real careful about not making the Bible say something it doesn’t say.  The Bible does not say the animals could talk.  But we do have Eve carrying on a conversation with it instead of either finding Adam and telling him he has to see this, or simply freaking out.  We also know that the resulting curse changed things.  The relationships between men and women changed, man’s relationship with God changed.  Perhaps the animals did talk casually to people before the fall; God did.

Thank you Noel Heikkinen for sharing this video.  Noel is doing a series on the Old Testament, and reminds us that each time Jesus resisted Satan he quoted from (what we call) the Old Testament scripture.

The temptation of Jesus is recorded in Matthew 4:1-11.  We will be referring to these verses many times.

Walking the earth as a man subjected Jesus to all things common to humanity.  The Epistle of James teaches that God is not tempted by sin, and does not tempt anyone to sin.  But Jesus is God in the flesh; he experienced all the things we experience and can thus empathize with our weaknesses, feelings, emotions, frustrations, and so forth.  Whatever we experience, Jesus himself has been there.  And so it is with temptation.  END_OF_DOCUMENT_TOKEN_TO_BE_REPLACED

We’re studying the Gospel of Mark in our Sunday morning small group, and my wife was fascinated by one of the stories in chapter one.  As this person possessed by a demon is approached by Jesus, he identifies Jesus and asks why he is there.  Jesus at once commands his silence, then casts out the unclean spirit.  This event was early in his ministry, and Jesus didn’t want anyone blabbing out who he really was just yet.  On at least one occasion, Jesus will instruct those just healed to tell no one what has happened.  The interested thing, though, is that the demonic spirit knew immediately that Jesus was the Holy One of God when he saw him.  Many people would listen to the sermons, see the signs and wonders, and still not believe.  Jesus would read from the prophets, have long talks with leaders such as Nicodemus, and still people would walk away puzzled not knowing what to believe.  But any demon or unclean spirit Jesus encountered at once knew who he was, and often questioned if they were to be punished before the time.  We should not be surprised at their apparent knowledge.

Jesus exists from everlasting to everlasting with God.  The Nicene Creed describes him as being the eternally begotten Son of God.  Before their fall from grace, the angelic beings worshipped God (and his Son) in heaven.  Consider also the temptation of Jesus by Satan in the wilderness.  The devil can quote scripture, no doubt.  And just why was he offering Jesus all this stuff anyway?  He knew that by following God’s plan, Jesus could ruin all of his plans.  Herod had tried to kill Jesus as an infant, now Satan would attempt to derail his ministry just as it was beginning.  Just because someone believes in God or knows scripture doesn’t make them a true believer.  This is illustrated by James 2:19 that says “…even the devils believe and shudder.”  They know the scripture, the prophesies, and even the God that created them better than we do. 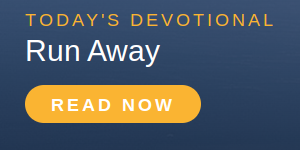 Know this, my beloved brothers: let every person be quick to hear, slow to speak, slow to anger;
James 1:19