“Because there is a law such as gravity, the universe can and will create itself from nothing. Spontaneous creation is the reason there is something rather than nothing, why the universe exists, why we exist,” Hawking writes.  “It is not necessary to invoke God to light the blue touch paper and set the universe going.” END_OF_DOCUMENT_TOKEN_TO_BE_REPLACED

First, let me say that I’ve been reading several different blogs listed at SBC Voices, and will soon be adding some of those to my blogroll.  A button for SBC Voices appears in the sidebar if you would like to check it out; I’ve been introduced to some really good blogs over there including Confessions of a Recovering Pharisee, who shares the story below.

According to the Pew Forum on Religion and Public Life, often quoted by atheists to show how quickly religion is failing, children raised in non-religious homes tend not to stay that way.  The New York Times calls the situation “defecting to faith,” and reports that over half of those raised with no religious affiliation will choose one in adulthood.  Only 13 or 14 percent of those raised in Christian homes will defect.  And although atheism has large numbers of “converts” each year, it also has one of the lowest retention rates.

Link to Kevin’s article here, with more stats and links.

The invisible sky bully; have you ever heard God referred to that way?  Even worse than calling him the “invisible man in the sky” is the notion that God pushes people around because he is bigger than them.  A real bully is often a coward, and throws his weight around or intimidates those smaller than himself with words.  Those promoting the sky bully myth would have you to believe that God orders people to worship him, and sends to hell anyone that doesn’t.  It makes it easier to not believe in a God that could be like that, or helps people to doubt there is such a God.  In a way that’s good, because there isn’t a god like that. END_OF_DOCUMENT_TOKEN_TO_BE_REPLACED

I want to link to this article on atheism, but I’m afraid to at the same time.  I’m going to wind up getting into an argument that I wish I hadn’t started.  The name of the blog is Heritage and Destiny, and while the title of the post is Culture Wars, it is really about the false claims of atheism.  Here it is, please click the link and read it.  I believe atheism is a growing trend, but this article sites Gallup Poll information that shows the numbers have been pretty consistent over the years, and atheists are still quite a minority.  The new atheists may be louder, but according to the data are not growing in numbers any faster than the old passive atheists did.

“There’s probably no God.”  So billboards on buses will soon say in London, England.  The British Humanist Association (BHA) raised money to purchase the ad space, with a matching contribution from Richard Dawkins.  The entire slogan reads “There’s probably no God.  So stop worrying and enjoy your life.”  Read the full story here.  I must admit I’m surprised.

Richard Dawkins is one of the foremost leading voices for atheism alive today.  He is what Becky Garrison refers to as one of the New Atheists that is not just content to not believe in God, but has launched a war against all belief in God.   What surprises me is that Dawkins would settle for such a weak position.  “There’s probably no God” is not spoken with nearly the certainty with which Christians recite the Apostles’ Creed.  I’ve never sung a hymn nor heard a street preacher shout “There probably is a God.”  The slogan even allows the possibility the God may exist.  If all atheists were this soft, I probably wouldn’t give them such a hard time.

*Click here  to read my review of Garrison’s book The New Atheists Crusaders, and their unholy grail.

There are children starving in Africa.  3-year-olds are raped and then murdered.  Millions of people in the world have cancer, HIV, and other diseases for which we have no cure.  Gasoline is over $4 a gallon.  I can’t believe in a God that would allow all these things to happen in the world.

Have you ever heard an argument like this, or some variation thereof?  We live in a screwed up world, there is no argument about that.  I believe in working to find a cure for AIDS, feeding the hungry of the world, and any other humanitarian cause you can think of.  But none of these problems can be put together in a equation that equals God does not exist.  END_OF_DOCUMENT_TOKEN_TO_BE_REPLACED

The Pharisees ask Jesus for a sign on two separate occasions, in Matthew 12 and again in Matthew 16.  Both times Jesus replied that a wicked and adulterous generation seeks after a sign.  In the second case, Jesus had just miraculously feed a crowd of 4,000; but if he showed them one more sign, then they would believe.  END_OF_DOCUMENT_TOKEN_TO_BE_REPLACED 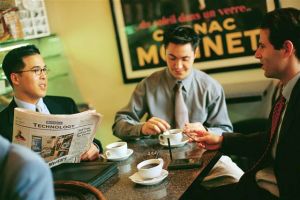 I recently discovered the blog of John Shore, and the first thing I read was a coffee shop conversation he listened to between an evangelizing Christian and a guy he described as “Wasn’t Having Any.” The discussion was over John 14:6 “Jesus said to him, ‘I am the way, and the truth, and the life. No one comes to the Father except through me.'” W.H.A. asserted that Jesus was not saying that only Christians were going to heaven, and that many Christians have abused that verse to claim it means something Christ didn’t say. END_OF_DOCUMENT_TOKEN_TO_BE_REPLACED

For the sake of this argument, the premise is that the atheists are right. God does not exist, and all religions are mistaken about any type of higher power, intelligent design, etc. I want to examine for a moment the pragmatic effects of having Christians in the world.

I know that from time to time Christians do really dumb things. END_OF_DOCUMENT_TOKEN_TO_BE_REPLACED

The post on Ben Stein’s movie “Expelled” is by far the most read blog post I’ve ever written.  Below are a couple of comments I added to the discussion myself, which I thought were too good to leave buried 20 comments deep in a long thread.  So here they are as their own post, and the debate continues.

Let me suggest what an answer (to the question “where did the material of big bang fame come from in the first place?) might sound like. END_OF_DOCUMENT_TOKEN_TO_BE_REPLACED